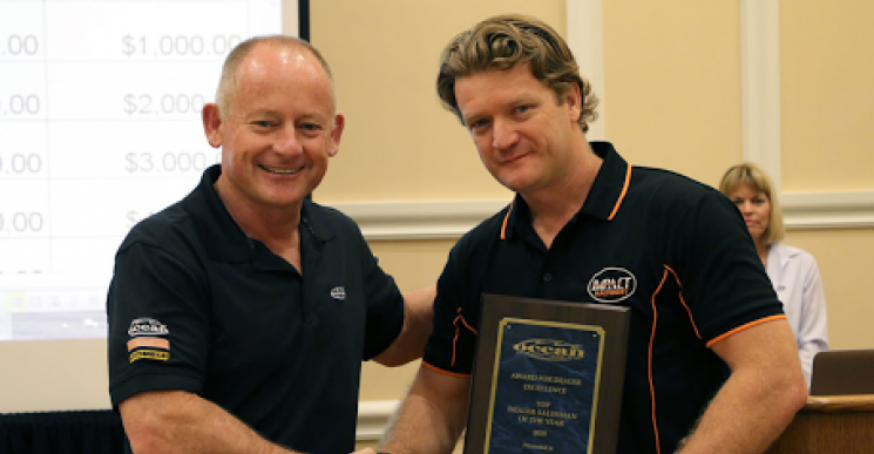 Ocean Salesman of the year

March 2016 Danny Steyn Presents Robby Clark Managing Director of Impact Machinery with the Global Salesman award for the Ocean Products in 2015. Robby exceeded the supply of Ocean products for any one salesperson globally in 2015. Robby thanked all his Australian and New Zealand customers for accepting the new technology and adopting lean processing equipment into their factories and workshops. Watch this space as Fabricators prove that Concrete and imported fabricated steel have a serious competition in Australia and New Zealand!